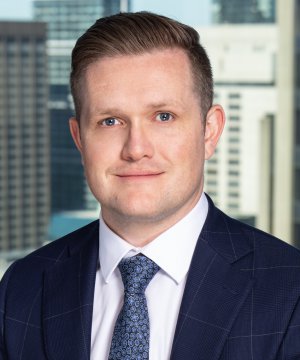 A competitive athlete and fitness specialist in his past life, Michael has the drive and the discipline required to pursue labour and employment litigation and collective bargaining. He also regularly works with human resources professionals in preparing employment and independent contractor agreements, termination agreements, and a variety of workplace policies.

Before joining the firm, Michael practiced at a Toronto employment law boutique. His training was under the tutelage of seasoned practitioners in the field.

In law school, Michael ranked as the top oralist at Western Law’s First Year Advocacy Competition. He also represented Western as an oralist at the 2019 Philip C. Jessup International Moot Court Competition. In his final year of law school, Michael won the Hicks Morley labour and employment law moot and acted as Co-President of Western Law’s Labour and Employment Law Society. His passion for labour and employment was evident early on in his education.

Outside the office, Michael gets wound up over English Premier League soccer with his wife and daughter.

Michael’s commitment to his practice is marked by a singular dedication to excellence and the results that his client base deserves.